SCF has updated the suite of 5G FAPI specifications which underpin the high-performance low-cost components integral to 5G mobile base stations, whether small cell or macro.

FAPI is a common standard agreed between chipset and component suppliers and mobile base station integrators. It is an API for hardware components implementing 3GPP physical layer functions and “software stacks” implementing higher layers.

FAPI has already been widely adopted in the vast majority of 2G, 3G and 4G system-on-a-chip based small cells and the 5G version is now on its third release.

This update demonstrates the ongoing commitment of the ecosystem to continually improve the standard, adding new features and maintaining existing ones. The update also provides tighter integration between different specs in the suite, enabling greater flexibility and more efficient implementations.

The latest FAPI specifications are the result of intensive cooperation between SCF members from across the ecosystem. They provide common logical interfaces for the main components of a 5G small cell, namely:

Also included on this landing page is S-RU and S-DU Test Support [SCF228]. This paper is not a specification – the specification is derived from 3GPP standards – but aims to educate the reader on how split 6 products can be tested.

This document provides the 5G PHY API specification for an application platform interface (API) between the MAC and PHY protocol layers within the small cell ecosystem. This functional application platform interface (FAPI) is an internal interface within an integrated or disaggregated small cell. The 5G PHY API specification defines a control interface (P5) and a user plane or data path interface (P7). This update aligns the spec with 3GPP Rel-16 features and introduces MU/Massive-MIMO support.

This P19 interface specification serves as a companion to the 5G FAPI P5/P7 specification. Besides enabling the fast, dynamic control of the FEU, one of the primary goals of P19 is to facilitate network virtualization by allowing stack and FEU solutions from different vendors to bind together easily. The concept applies to both the all-in-one small cell solutions where the upper, the lower layers and the FEU are all colocated, as well as the disaggregated solutions where they may reside at different physical locations. 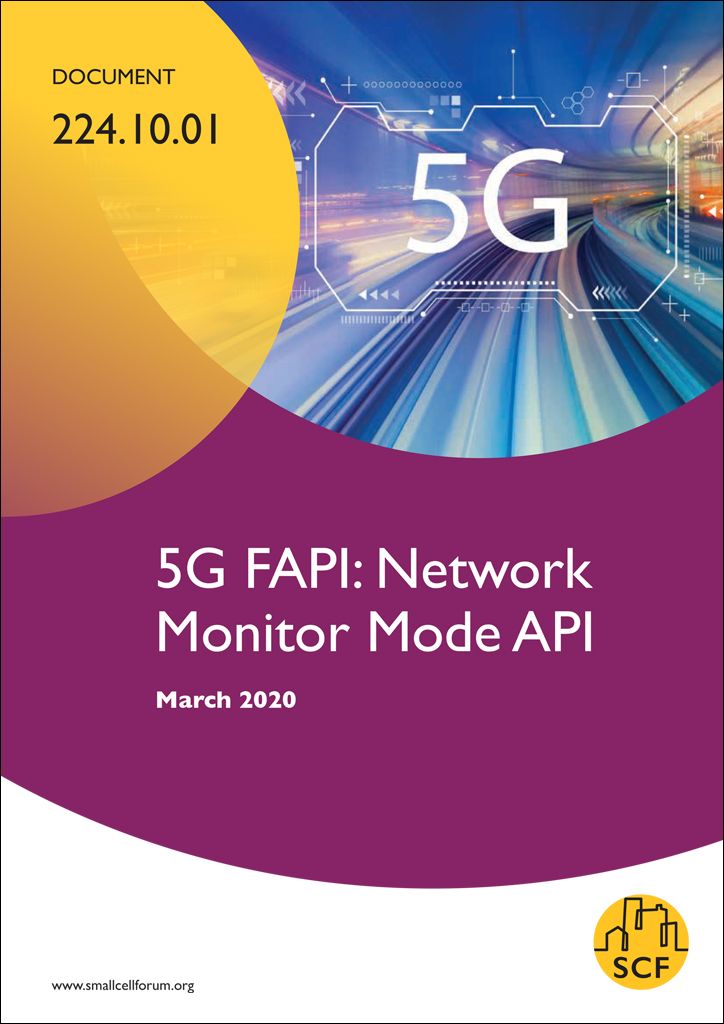 5G nFAPI [SCF225] adds a network transport wrapper around the 5G FAPI PHY API [SCF222] to create the split 6 interface between S-RU and S-DU small cell network units which SCF describes as Open6. This paper is not a specification. It considers how to test the disaggregated units S-RU and S-DU of the RAN.

Andrei Radulescu, Senior Staff Engineer at Qualcomm, explains the updated features of SCF222 – PHY FAPI, and SCF223 – 19 RF and Digital Frontend Control API. This presentation also gives an excellent overview of the use cases for FAPI and the FAPI roadmap for future updates.

The innovation of PHY API

Clare Somerville talks about the history of FAPI, how it was adopted as an industry standard and the role it will play in delivering 5G.

Listen to the authors Vicky Messer, from Picocom and Balaji Raghothaman, from Keysight Technologies, discuss the paper, which considers how to test the disaggregated units S-RU and S-DU of the RAN.